Editor’s note: Morning Money is a free version of POLITICO Pro Financial Services morning newsletter, which is delivered to our subscribers each morning at 5:15 a.m. The POLITICO Pro platform combines the news you need with tools you can use to take action on the day’s biggest stories. Act on the news with POLITICO Pro.

Should President Joe Biden negotiate with House Republicans over the debt ceiling? Not yet, says Larry Summers.

Bill Clinton’s former Treasury secretary and Barack Obama’s first National Economic Council director hasn’t minced words in his frequent critiques of Bidenomics. But when it comes to breaking bread with House GOP leaders who are hellbent on tying the U.S.’s ability to make its bond payments to spending cuts, Summers is urging the White House to take it slow.

“This is a kind of crazy thing,” he told MM. “It’s not clear where the Senate is, so I think it’s way premature to be engaged in any kind of negotiations.”

That’s the approach the White House has taken so far.In some respects, Biden has a much better hand to play than Obama did during the 2011 debt ceiling crisis. Democrats performed better than expected in the 2022 midterms — certainly compared to the 2010 Tea Party wave — and the economy is on safer footing than it was coming out of the global financial crisis. What’s more, Republicans haven’t provided details on where they’d like to cut spending, which doesn’t signal much urgency if Speaker Kevin McCarthy expects Biden to cut a deal soon.

There’s still a lot of time on the clock. It’s unclear when the U.S. will actually run out of money to pay its bills but Treasury, along with the Bipartisan Policy Center think tank, estimates the so-called “X date” will arrive around early June.

Of course, a default would be catastrophic for financial markets. And while many on Wall Street say they’re confident that policymakers will figure out a way to avoid default before midnight tolls, the uncertainty isn’t doing anyone favors. Michael Cembalest, chair ofmarket and investment strategy atJPMorgan Asset Management,on Tuesday compared House GOP budget hawks to the Visigoths (you know, the guys who sacked Rome).

“If the problem goes away somehow this year, and I suspect it will, that doesn’t mean that it won’t come back again. Not sure I want to be in this role when the true day of reckoning comes,” Cembalest wrote.

To that end, Senate Republicans are in no rush to throw themselves in front of any marauding horde.

“I can’t imagine any kind of debt ceiling measure that could pass the Senate would also pass the House,” Senate GOP Leader Mitch McConnell told reporters on Tuesday afternoon. “I think the final solution to this particular episode lies between Speaker McCarthy and the president.”

Whatever solution is ultimately hashed out will have to go through Biden’s incoming chief of staff Jeff Zients, the former corporate executive, NEC director and longtime Democratic fix-it man. Summers, who’s maintained close ties to top White House officials, had nice things to say about the chief.

“Everybody — whether they agree with him or they don’t agree with him — thinks of him as a very straightforward and clear actor,” Summer said of Zients. “That’s very valuable at a moment like this.”

Changing topics, with Federal Reserve officials gearing up for the Federal Open Market Committee meetings next week, Summers also weighed in on the possibility that Jerome Powell & Co. can avoid a recession after rapidly raising rates to fight inflation. Summers has long been skeptical of the Fed achieving a so-called “soft landing.”

“I would still stick with my statement that soft landings are the triumph of hope over experience, but also recognize that from time to time, hope does triumph over experience,” he said. “In general, the Fed has done the lion’s share of the necessary recalibration of policy. Now it has to basically execute on remaining flexible in an uncertain situation.”

We’ve got two big economic indicators coming later this week — Q4 GDP growth and the personal consumption expenditures price index — that should offer some more clarity on where things stand.

IT’S WEDNESDAY — And don’t worry, you’ll only have to read about the debt ceiling for another four or five months. If you have thoughts or tips, send them to Sam at [email protected] and Zach Warmbrodt at [email protected]. You can also find us on Twitter @samjsutton and @zachary

At U.S. Bank, we think of ourselves as a neighborhood bank in thousands of neighborhoods across America even though we’re the fifth largest bank in the nation. From supporting veterans to helping more Americans finance their dreams, U.S. Bank is truly small enough to care, and big enough to make a difference. Learn More

World Economic Forum President Børge Brende will discuss globalization at a Peterson Institute for International Economics event at 9 a.m. … The SEC will consider new rules for conflicts of interest at 10 a.m. … House Democrats will hold a news conference to discuss the new Heartland Caucus at 10:30 a.m. … And today’s the deadline for public input on the CFPB’s 1033 rulemaking — MM will be keeping an eye out for what fintech groups and the banking lobby has to say about the coming data use rule.

BREAKING EVEN— Our Victoria Guida: “The war on inflation may be far from over, but the economy has reached a key, little-noticed milestone: Workers’ wage gains are finally outpacing the rise in consumer prices. Americans’ average income has beaten inflation for the past six months, driven by the plummeting cost of gas, along with drops in furniture, cars and other goods. If the trend continues, it could be a boost for President Joe Biden as he gears up for a tough reelection campaign, undercutting one of the main Republican arguments against his handling of the economy.”

WHITE HOUSE ROLLS OUT NEW TENANT PROTECTIONS — Our Katy O’Donnell: The White House is directing federal agencies to explore ways to crack down on unfair leasing practices and limit exorbitant rent hikes — but it stopped well short of endorsing more dramatic rent regulations requested by progressives in its package of new rent actions out Wednesday morning.

BROWN WANTS TO MOVE SAFE QUICKLY — Our Natalie Fertig has a pair of updates on where things stand on the SAFE Banking Act: Senate Banking Chair Sherrod Brown (D-Ohio) said he wants to move the as-yet unintroduced bill quickly to the floor for a vote.

“We’re working with Schumer to move the bill more quickly and not have to go to hearings at this point,” Brown said outside the Capitol building on Tuesday. When asked if that could create problems with Republicans who support SAFE but want a hearing — something the bill’s GOP sponsor Sen. Steve Daines (Mont.) mentioned at the end of the last Congress — Brown demurred.

“I know what [Daines] said, obviously, but that is not the problem,” he told Natalie, declining to give more detail.

—Meanwhile, Sen. John Cornyn (R-Texas) said that cannabis legislation should be done in a comprehensive way, rather than with smaller bills like the SAFE Banking Act.

In a conversation with a legalization advocate that Natalie observed on Capitol Hill, Cornyn said he believes the SAFE Banking Act sets a “terrible precedent.”

Cornyn mentioned that banking isn’t the only issue the cannabis industry faces, citing tax issues. The industry is notoriously unable to write off any business expenses related to cannabis products under section 280e of the federal tax code. Cornyn also brought up the possibility of money laundering through cash-only cannabis businesses.

“There’s a lot of reasons why this ought to be handled in a comprehensive, regulatory fashion,” Cornyn said. “I think there’s some road to have a discussion about this, but the so-called SAFE Banking bill, to me, is a bad idea.”

TARGETED FOR ADS — Our Josh Sisco: “The Justice Department and states including California, New York, Colorado and Virginia filed a lawsuit against Google alleging the search and advertising behemoth illegally monopolized the market for online ads through a yearslong practice of self-dealing, anticompetitive acquisitions, and forcing businesses to use multiple products and services that it offers.” 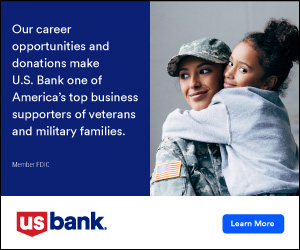 NYSE’S CASE OF THE TUESDAYS — Our Declan Harty: A glitch at the New York Stock Exchange on Tuesday morning temporarily caused chaos on Wall Street as blue-chip stocks like Verizon, Wells Fargo and Exxon Mobil briefly froze in trading. The Intercontinental Exchange-owned Big Board later concluded that the technical problem caused an issue with certain stocks’ opening auctions, prompting the widespread trading halts. All told: More than 250 stocks were apparently hit by the glitch, according to the exchange. As for Wednesday? NYSE COO Michael Blaugrund said in a statement Tuesday evening that the exchange expects “a normal open.”

But, but, but … WSJ’s Sarah Nassauer and Gabriel T. Rubin: “Walmart Inc. said it is raising wages for its U.S. hourly workers as the retailer continues to fight to attract staff in a tight labor market for front-line workers.”

MODELO WOULD’VE GONE DOWN SMOOTHER — NYT’s David Yaffe-Bellany, Matthew Goldstein and Royston Jones Jr.: “Not long before FTX collapsed in November, its founder, Sam Bankman-Fried, sent $400 million to an obscure cryptocurrency trading firm called Modulo Capital … Now, Modulo is emerging as a crucial part of the investigation by federal prosecutors … They’re examining whether he used FTX’s customer funds to invest in the little-known firm when his existing hedge fund, Alameda Research, was struggling amid a wider crypto industry downturn.”

MARK YOUR CALENDARS — Oral arguments for Grayscale Investments’ lawsuit against the SEC have been scheduled for March 7 in front of the District of Columbia Court of Appeals. The crypto investment firm sued the SEC after it blocked a proposal to convert its widely-traded Bitcoin trust into an ETF.

FIRST IN MM —-With the crypto industry bristling at SEC Chair Gary Gensler amid a new enforcement crackdown, Better Marketshas a new report out defending the agency for having “done a remarkably good job under extremely difficult circumstances.”

The EU today took a major step toward watering down global banking reforms intended to prevent another financial crisis. — Our Hannah Brenton

The Biden administration is leaning toward sending “a significant number” of M1 Abrams tanks to Ukraine, two U.S. officials said, and an announcement could come as early as this week. — Our Alexander Ward and Lara Seligman

At Minnesota-based U.S. Bank, community is everything.

And in honor of those who have served, U.S. Bank regularly donates mortgage-free homes, vehicles, and home repairs to military veterans. In 2021, the bank launched Operation Always Remember, giving veterans gift cards for gas, clothing, and restaurants.

U.S. Bank. Small enough to care, and big enough to make a difference.